As of today – I declare the programming of Release finished.

If there are any bugs left – they are hereby declared features!
(Might be that I remove some features in future updates though 🙂 ).

What does this mean?

It means – tomorrow I will be building exactly ten cartridges of Release and send them to the people I chose.
(If they want hardware that is…)

The chosing of the people was quite simple – all the fellow vectrexians that showed enough interest in Release to leave the tiniest of comment on this blog – have now the chance to receive a hardware “Release”.

If you want a cartridge – please answer my email – perhaps look at your SPAM folder. I sent the mail on April the 27th at 18:25 (Berlin time).

From my experience with Karl Quappe – I must confess I did not want to do a “full” release. 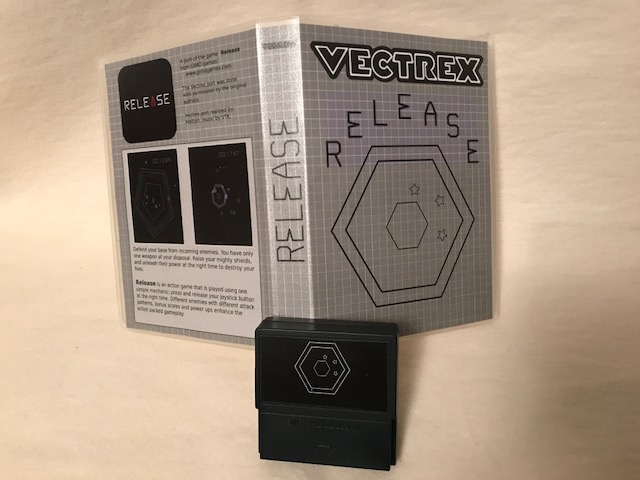 If you wonder why so many copies – since not even ten people commented…
There is one guy living “next” to me – with whom I have more or less regular “vectrex”-email contact. And there are two original release designers, who will also receive a copy.

After I have shipped these copies – which will probably be sometime next week – and a few days have passed, so that the packages actually may arrive at their destinations – I will do my LAST blog entry. That last entry will contain the full release package, binary and source code. Everything will be public domain.

Other people are welcome to build other (hardware) Release packages – be it on multicard – or single releases.

The aforementioned original game designers gave permission to release Release in this fassion.

If you wonder what the final Release might look like – here a final video I put on youtube.
I started at a higher level – so you can see that a one button game can also be action!
(Actually Karl Quappe – or a somewhat more famous similar game (Frogger) are the games of “death” – you can die 11 different deaths in Karl Quappe. Now – Release is the game of “explosions” – it by now actually sports 7 different types of “explosions” (although they are not really TERRIBLY different 🙂 ).