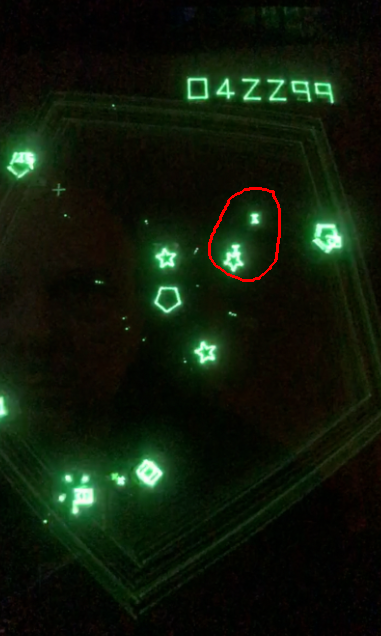 One score number blinks for one frame quite a bit to the upper left.

That’s from the video I posted yesterday.

I went on another hunt. Sorry glitch – I said you were a feature – but I still do not like you.

I can tell you what it NOT is. 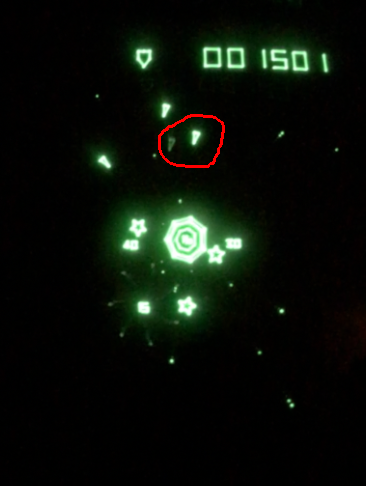 A Hunter glitch “just one step to the left”…

I am almost certain – despite the above said “nots” – that the glitch always occurs when an object was just removed.
See the hunter “glitch”? At the bottom you also see the remnance of an old explosion (15 in the middle) – that was just removed -> and there a glitch. 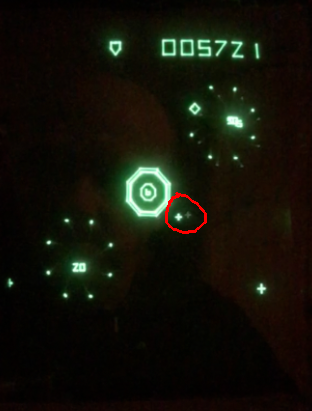 Even if I present here quite a few “glitch” pix. There can be litteraly hours where no glitch is happening at all.
If it were some kind of “honest” bug – and it would be reproduceable – I’d found it LONG ago. 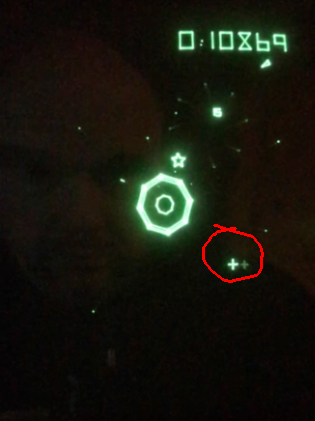 Also – it does not seem, that the “removed object” that might be responsible for the glitch – has anything to do with the “glitch” movement. The position of the removed object – or in case of an explosion – a “particle” seems to have no relevance. 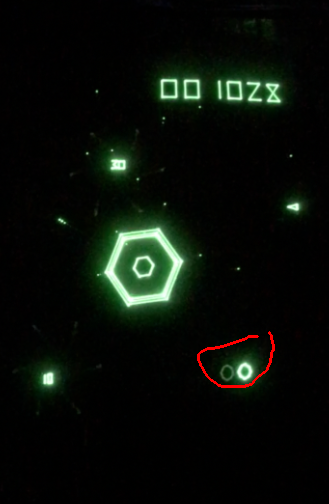 As you see – all kinds of objects are subject to the glitch. It does not matter what “enemy” or friend you are. 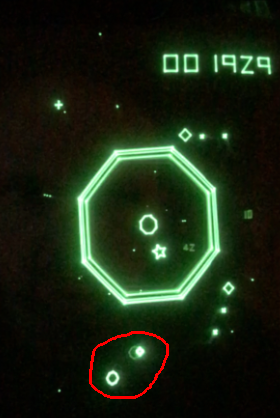 The biggest glitch I have seen!

I wonder – there were two “scores” removed just befor that glitch (see the dim 42 and 10?) – since the glitch has such a “huge step” – does the width of the glitch have anything todo with the count of objects removed?

The glitch CAN NOT be seen on any emulator I know of. Its a thing of the real thing!

By now (until proven otherwise) – I think it is an as of yet unkown feature of the VIA chip – or some other vectrex hardware.

I will tell you soon why I think that. First let me explain, how (and more importantly when) I used to do my object removal.

Following is the corresponding code within the “remove”: 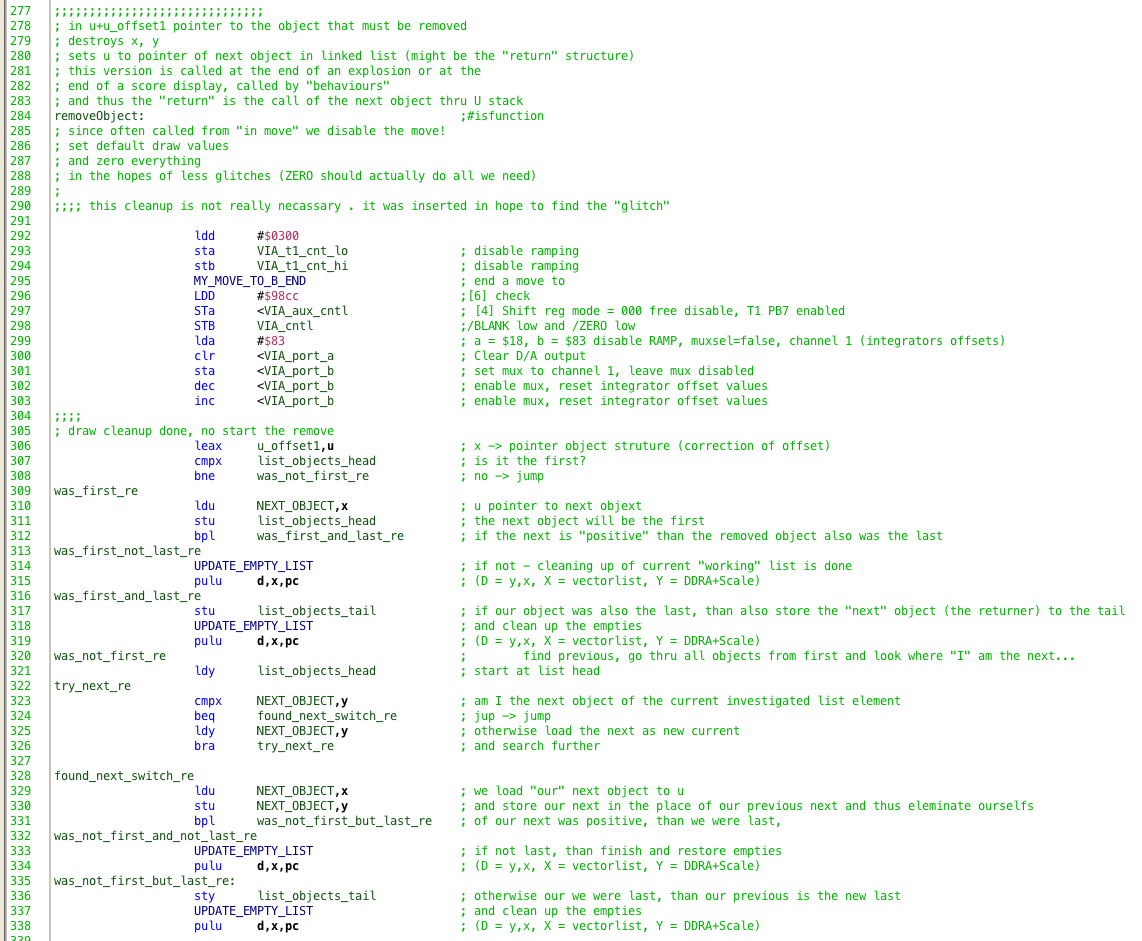 The startup code is used to “break” the current move. Most of that is probably not neccessary – but it grew in my desperation.

My suspision now is – despite all that MoveTo – “break” code. The move is not “broken” all the time.
I don’t know if the VIA timer is messing up, the line connecting to the RAMP or ZERO signal or if other internal VIA register have a stalling effect when called after exactly ?? cylces (VIA CNTL or VIA AUX).

Anyway in my desperation – today I changed the “remove” handling.
(every explosion and score now is 3 cycles slower… grrrr…)

Now instead of doing a remove within the “MoveTo” – I set the scale of the next “round” to 0 (zero) and take that as a marker, that the object should be removed. With that I can remove the object relatively “cheap” before the move!

I have been testing a few hours since – and not seen a glitch.

Of course that sadly does not mean that I have won – since it tends to hide so well.
But if it turns out I got it – I still don’t know what caused it. That is also somewhat unsatisfying.

Lets call it a tie…